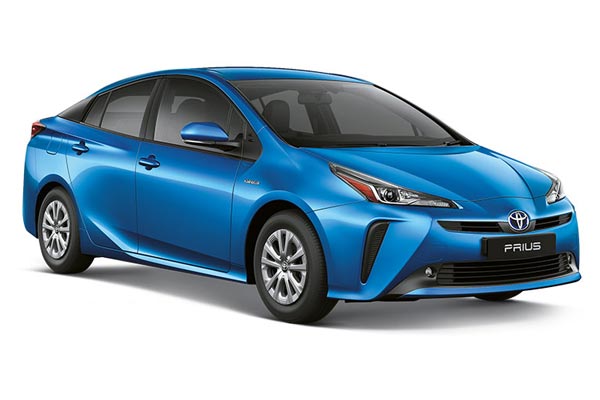 The all-new Toyota Prius makes a bold debut. In its fourth generation, the model redefines expectations from hybrids by sporting a ground-breaking style and setting new standards in fun-to-drive dynamics.

Prius went on sale internationally in 1997 as the world's first mass-produced hybrid passenger vehicle. By offering outstanding environmental performance in an affordable package, it changed perceptions and helped raise the status of alternative energy vehicles from niche products to game-changers. As of July 31, 2015, cumulative Prius sales exceed 3.5 million vehicles across approximately 80 countries and regions.

South African introduction of Prius occurred in 2005 in second generation guise, establishing itself as the first hybrid vehicle on the local market. The third generation model introduced more progressive styling in 2009, along with a larger capacity 1.8 litre engine.

Thanks largely to pioneers such as the Prius; today’s car buyers often expect environmental performance as standard. In response to this trend, Toyota went to great lengths to ensure that the appeal of the fourth-generation model would extend well beyond the car’s proven environmental credentials: the new model also boasts a stylish, attractive design in keeping with its fun-to-drive nature. Additionally, as the first global vehicle to use the Toyota New Global Architecture (TNGA), the new Prius has a completely new, more rigid platform which, combined with a class-leading low centre of gravity and a new front and rear suspension, offer a fun, refined drive.

The new Prius will go on sale in Japan at the end of 2015, and is subsequently scheduled for successive launches around the world. South African introduction is currently under study.

From the bold design to the quality interior, the Prius has never had such a powerful presence. Toyota’s designers were given free rein to realise their vision, and it shows.

A sense of quality and space is created through the wide instrument panel with its layered construction that clearly defines the “display zone”, separating it from the “control zone” which is now closer to the driver. White ornamentation used in the lower sections of the cabin evokes an impression of fine bone china.